News From the East

A shirtless child stands in the middle of a path between trees and bushes. The white shirt on his school uniform was put on his head. His hands were holding red plastic, similar to his pants. In the plastic there are shoes, bags, books and other school supplies. Her name is Sem, the portrait of the child is depicted in a photo by Meriana Hana Nalu, a student of SDN Matawai Katingga Kelas Jauh Lapinu. The moment was taken when they left for school. “Sem wet clothes and pants, he dried his clothes on his head so that it dried quickly on the way to school,” meri said. The school distance from their house is about 2 km, up and down the hill and across the river which makes Sem’s uniform wet. If it rains heavily or the river is overflowing, they stay at home near the school.

This portrait is one of 80 photographs presented in the “News from the East” photo exhibition. The exhibition was held online, accessible from January 11 to March 11, 2020, at the link here.

Photography now belongs to everyone, at least in major cities or developed areas. We are living in a visual culture, a new civilization that shackles everyday life. Visual products are scattered everywhere, including within the grasp. The development of communication technology is accelerating very fast. An eye representation tool called a mini camera attached to a mobile phone makes everyone can take photography anytime, anywhere and know the results right away. At the same time can preach to others in one touch. At the same time, we can see visuals from various places on this Earth.

For these East Sumba children, the camera is a new toy. Photography is not a visual food in their daily lives. Their family photography experience may count fingers, just important moments such as diploma photos, weddings and others. The ‘Sumba Photo Stories’ program invites students of SD MASEHI Kamanggih and SDN Matawai Katingga Kelas Jauh Lapinu to document and tell about their lives using the medium of photography. Although located in the same sub-district, there are differences in conditions between the two schools. SD Ad Kamanggih is located in a fairly developed village, paved roads that are passed by public transportation and there are listirik. SDN Matawai Katingga Kelas Jauh Lapinu is located in a village where access to the road is quite difficult and there is no electricity. It is called a remote class because it is an emergency class created by the community, because their residence is quite far from the main school, about 6 km with a difficult road. If there is no remote class, it is almost certain that children would rather go to the garden than go to school. The difference in condition affects children’s viewing patterns in seeing objects or subjects around them. There are 3 things to note: Visual experience, confidence and a way of speaking.

This “Eastern News” is a representation of daily life in the two neighborhoods. Perhaps this is called ‘The Way of seeing’, children learn to see simple things around them, read situations, then unknowingly do a selection of anything that will be recorded with his camera to tell others. A pleasant process; shooting spontaneously, without being burdened by technical and aesthetic affairs. Instead it produces honest visuals, moments of what it is and straightforward stories that may not be imagined by us. If world journalist photographer Robert Capa says “If your pictures aren’t good enough, you aren’t close enough”, then these kids aren’t just ‘close’, the power of their work is because they are their own object or subject, they are part of the story they tell. Sumba that they tell is not about exoticism as depicted in tourism advertisements or visuals that go viral on social media. But it is another point of view, about their identity, as well as important issues that are presented simply, which perhaps represent the conditions in other regions. Such as education problems, malaria (health), nutrition, water and others.

Regardless of what the children see and tell, another important point is the long process. This photography experience makes them see and recognize their environment more deep. The sense of confidence is also growing. They are no longer shy to talk, not shy about conveying ideas, not shy to tell stories about the environment and themselves, open with new people and start more critical. 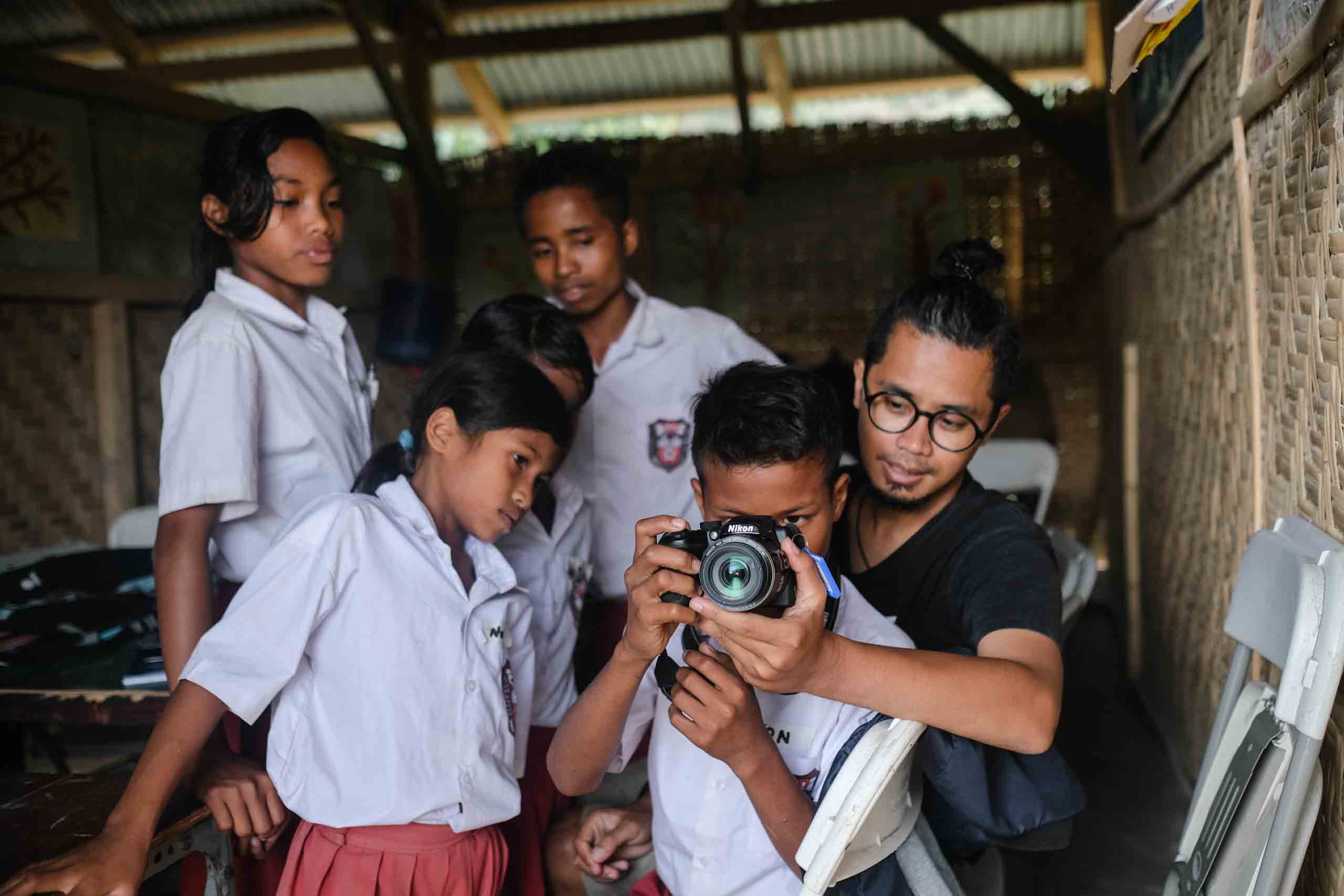 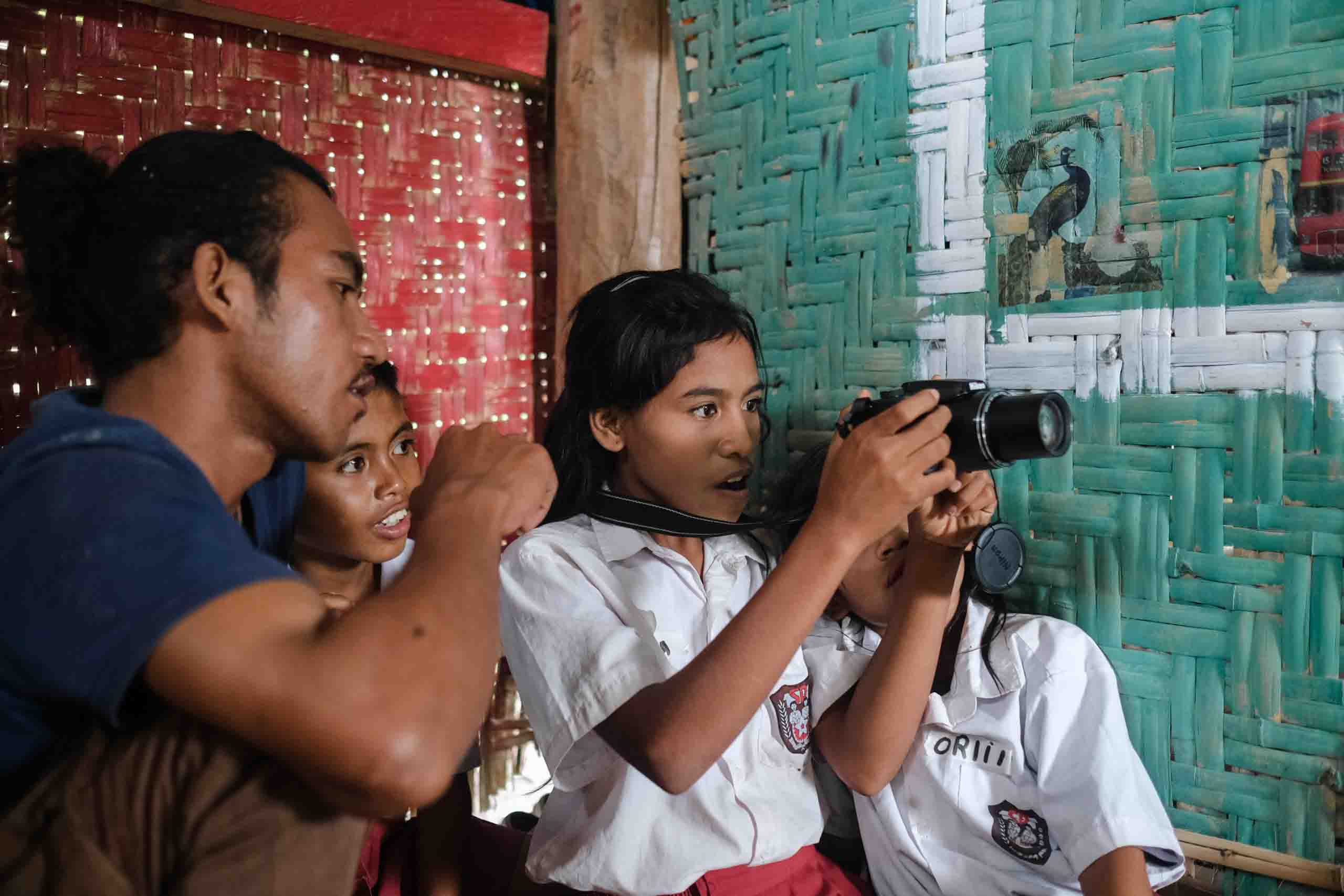 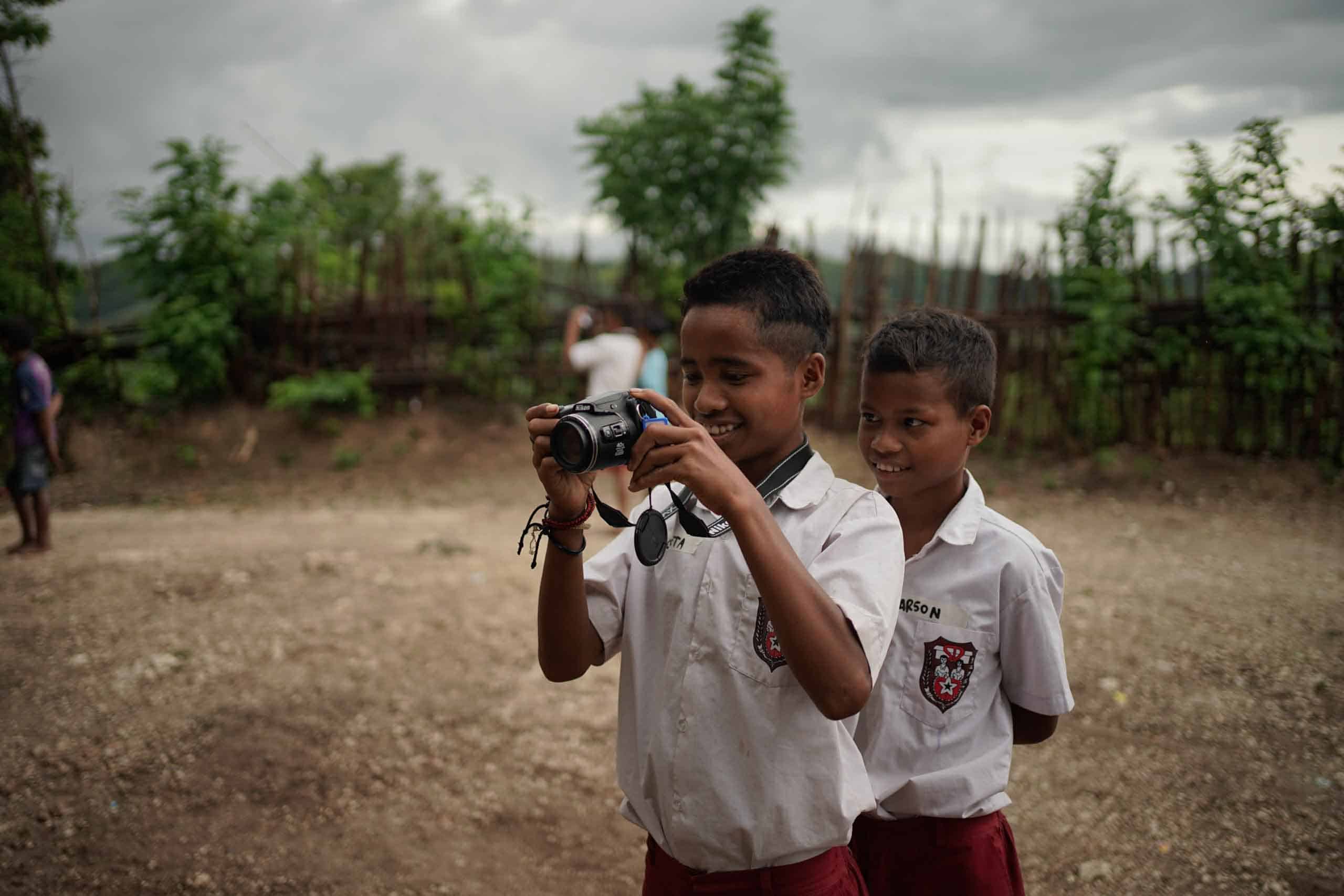 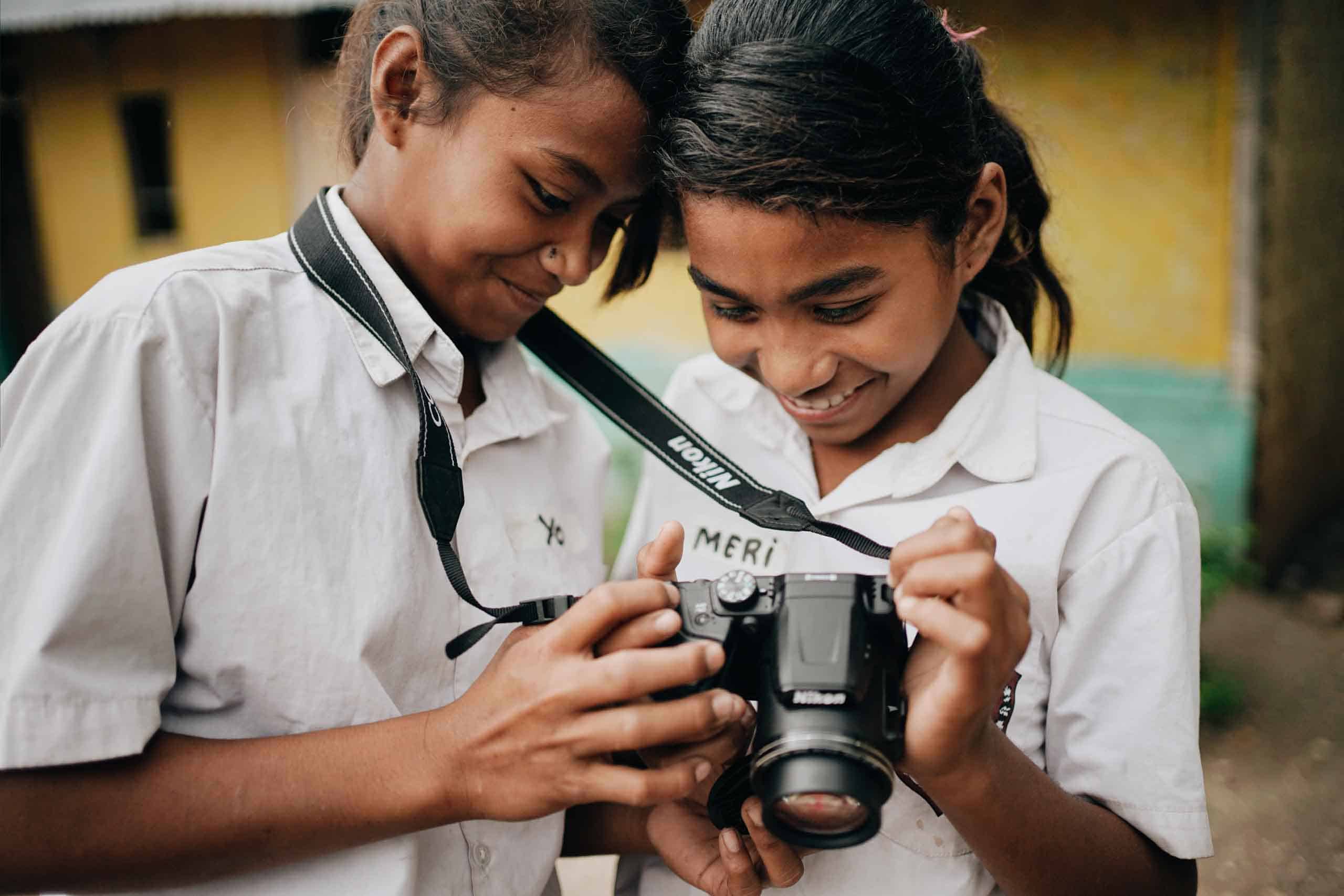 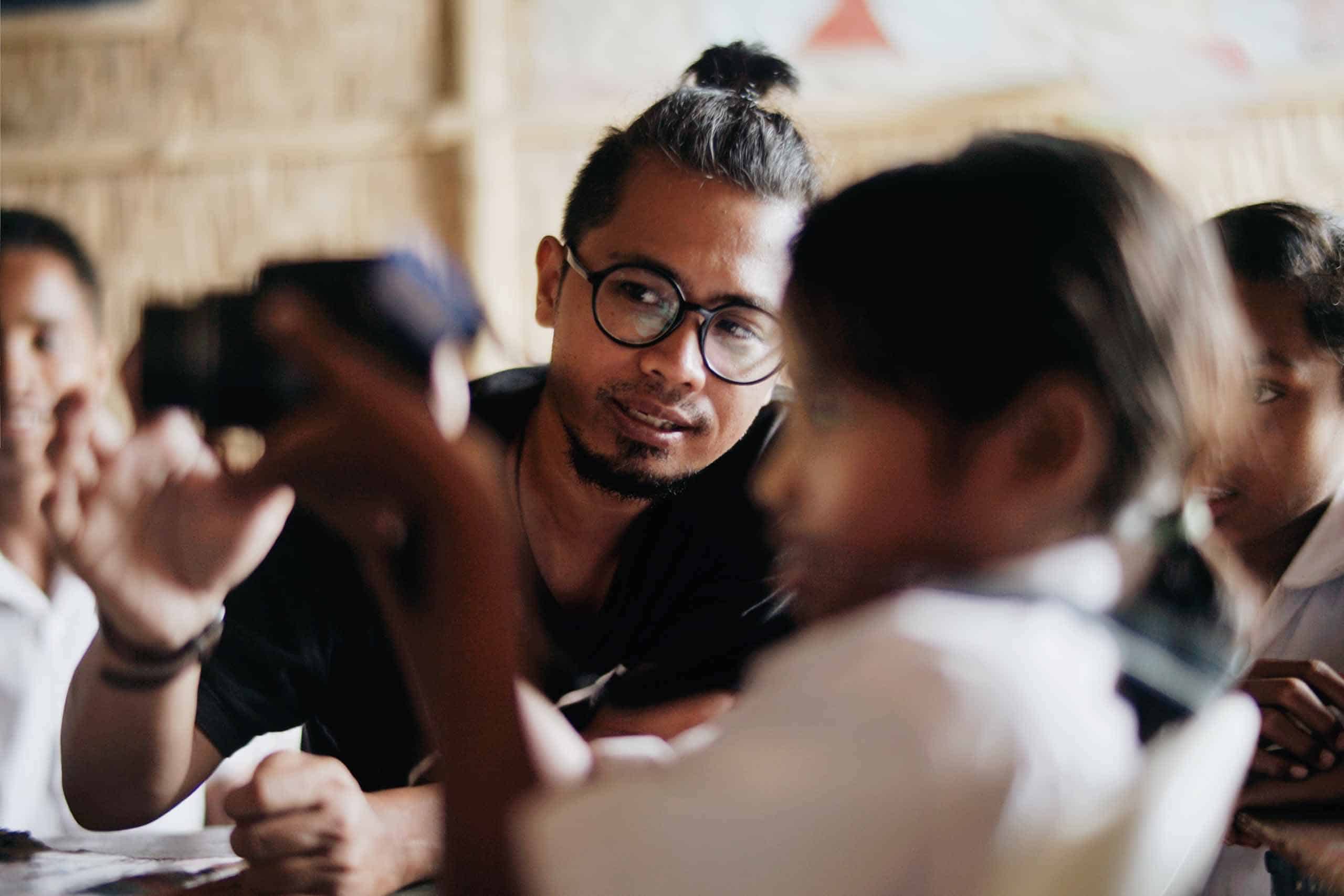 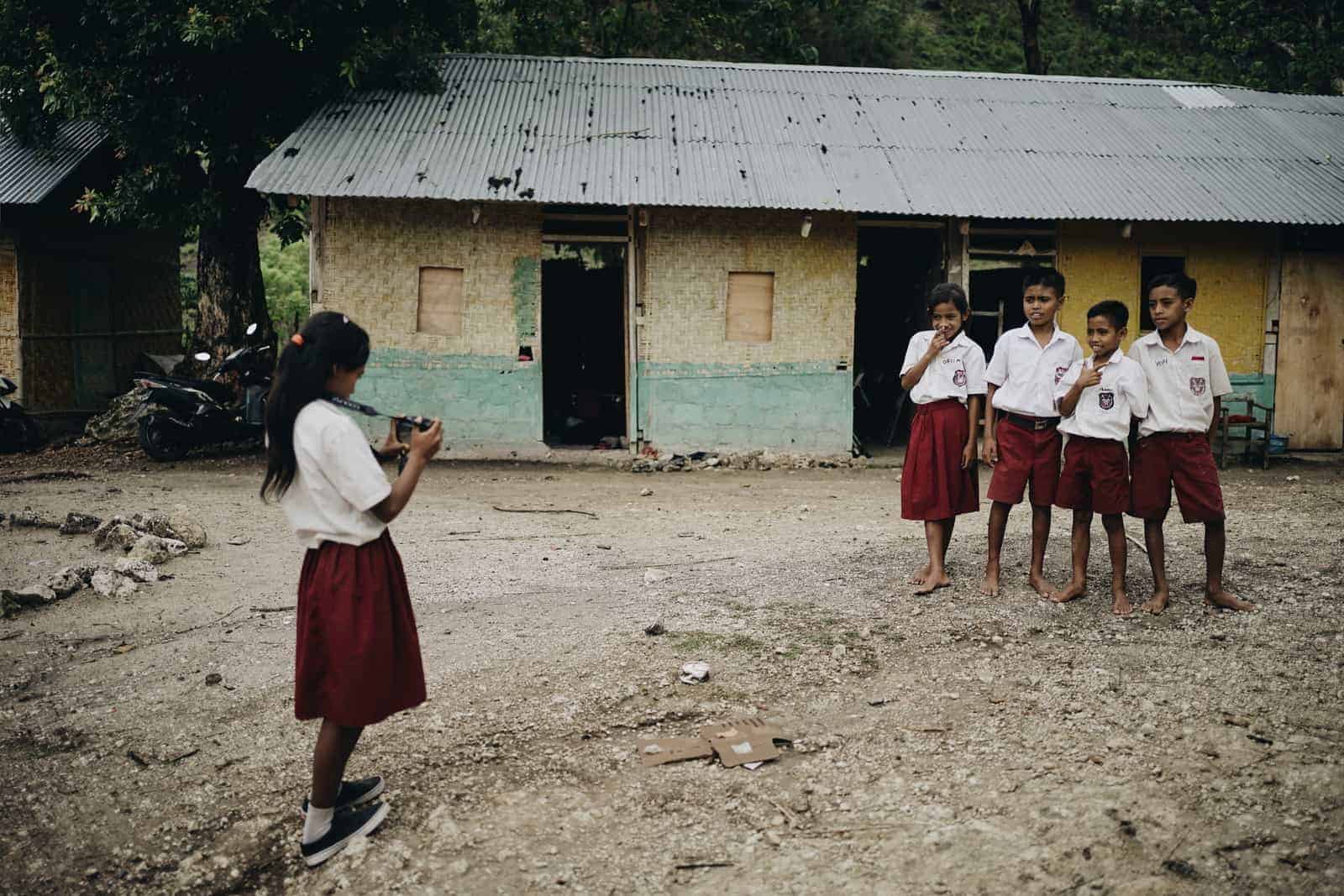 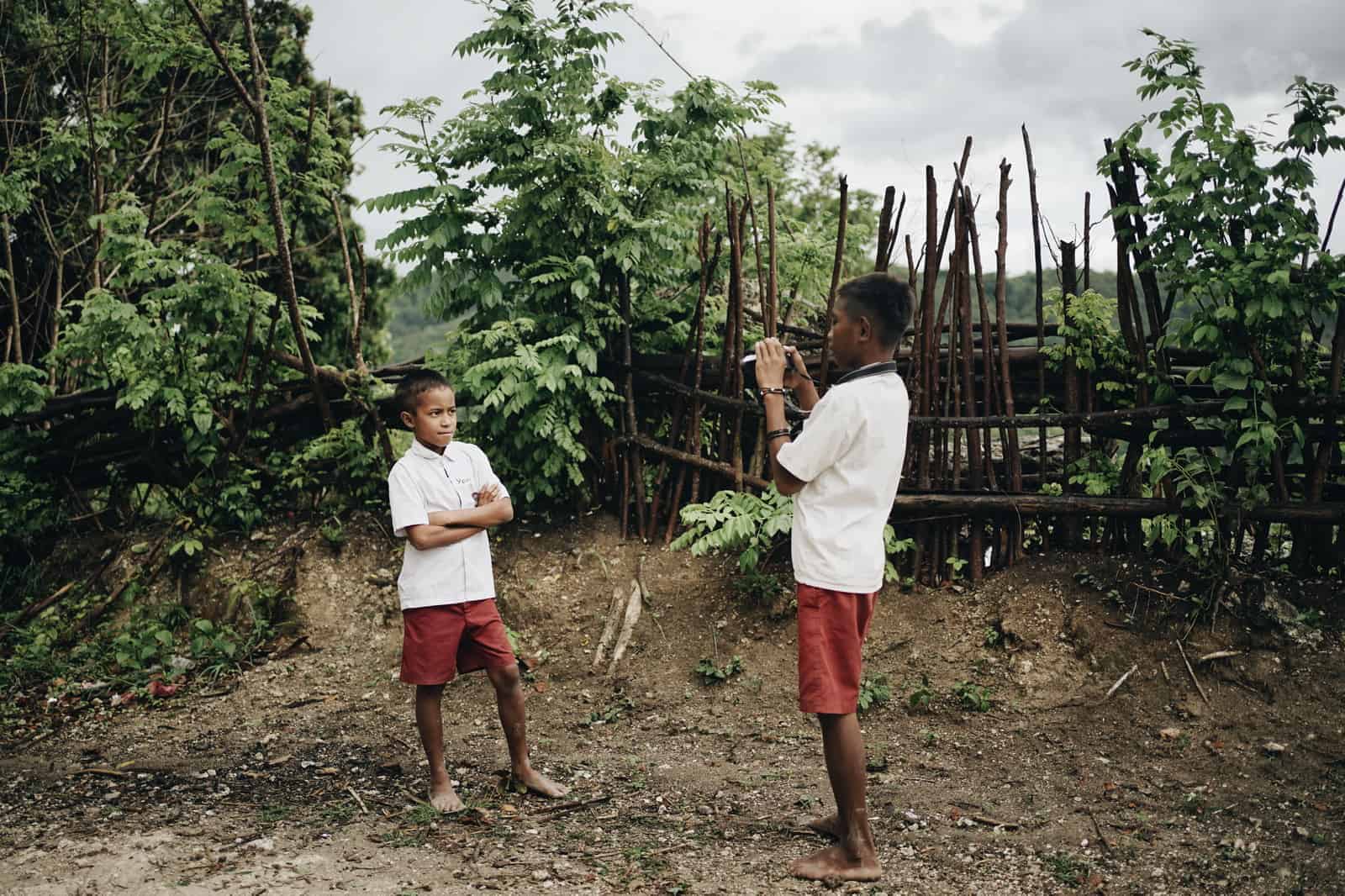 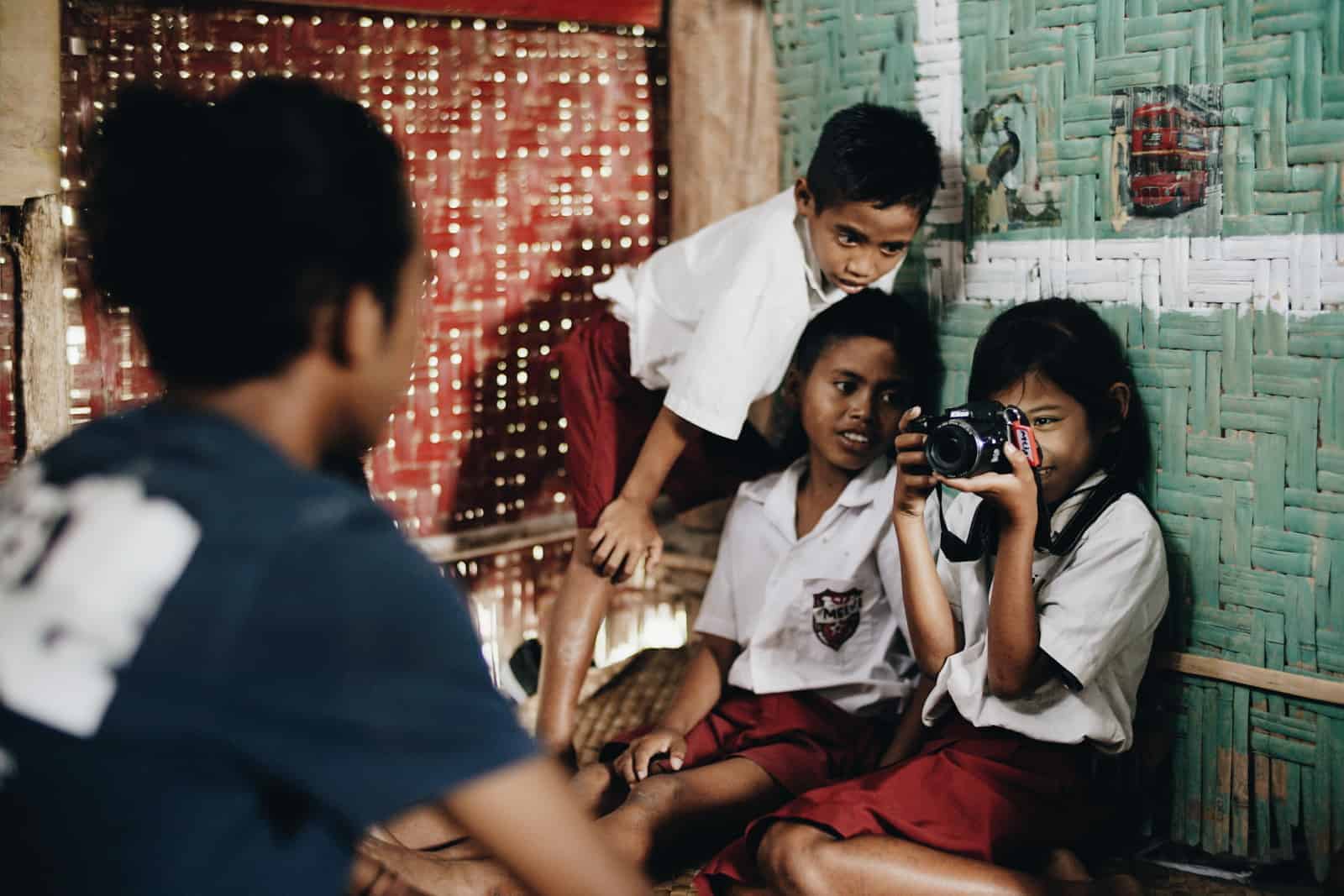 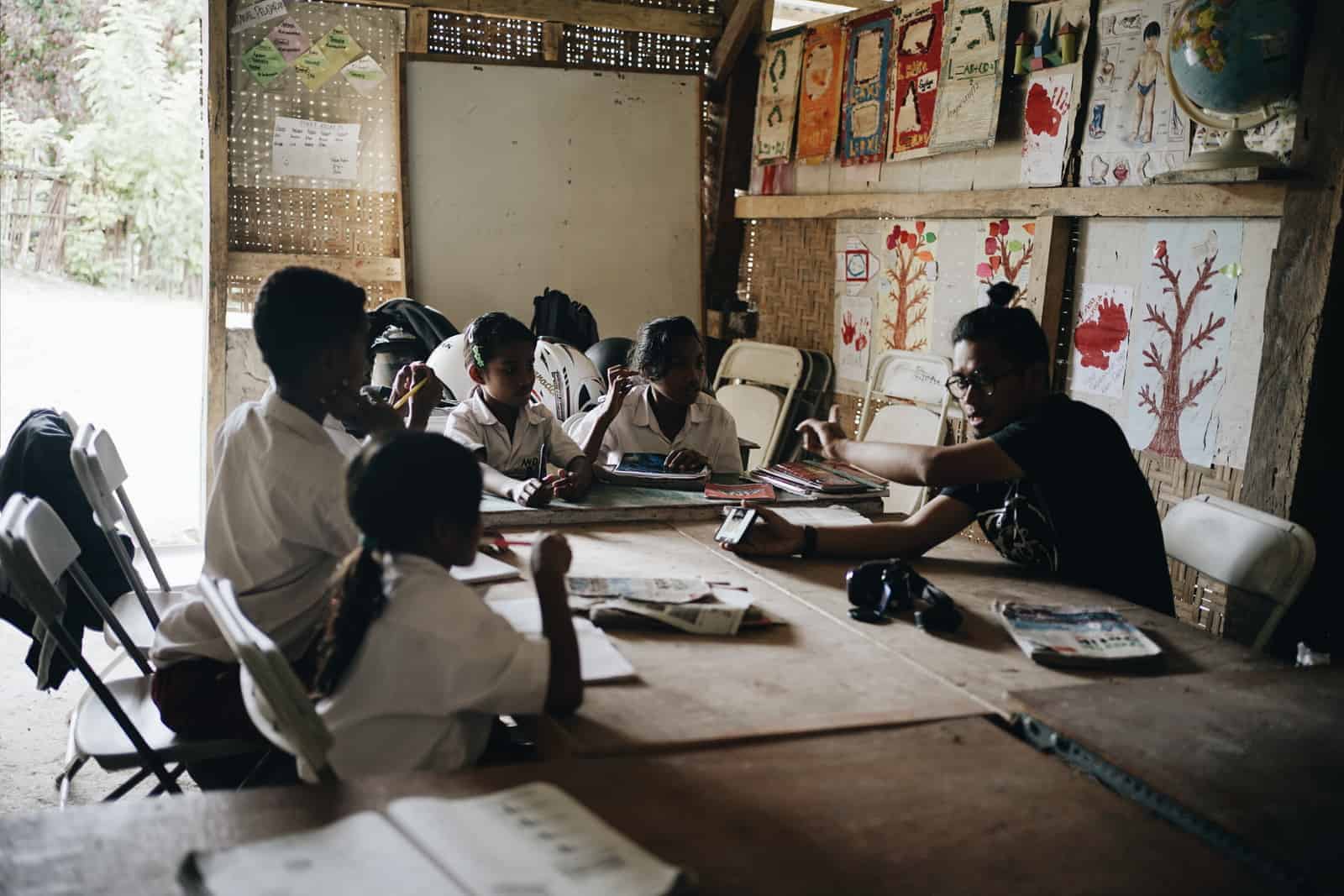 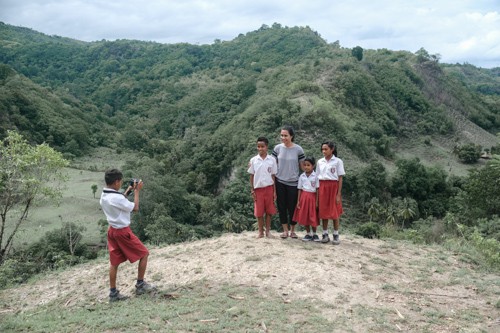 This exhibition is a glimpse of life in the east, life in rural East Sumba. A representation of the daily life of families in remote areas, captured from the eyes of young students aged 9 to 12 years.

They opened the house for us, shared regular meals with us, invited us to follow them on the way to school, see their islands and hills from morning to night. They capture the moments that mark their lives and explain them to us. Creating stories from these images is also an important part of this exhibition that has gone through a curation process. They not only open the door, but also want to explain and tell stories through photos. Now we just have to watch and listen.

From the remote district of Kahaungu Eti in the eastern part of East Sumba regency, East Nusa Tenggara, their villages are named Kamanggih and Matawai Katingga. 28 of the 48 children who have attended the training are writers and artists from this exhibition titled “News From the East”. Through these photos, viewers in Indonesia and around the world can imagine and immerse themselves in the daily lives of children in the region.

Due to the Covid-19 pandemic, the cancellation of socio-cultural events, and the cessation of teaching and learning activities in Indonesia, the exhibition must be adjusted. Therefore, the exhibition is adapted online, making it accessible to a wider audience through smartphone, tablet or computer devices.

This media is expected to transpose messages from this series of photos and stories as close to reality as possible.

The exhibition runs until March 2021, through its website sumbaphotostories.com

Sumba Photo Stories is a program initiated by Kawan Baik Indonesia and Fair Future Foundations. A collection of factual information from the subjective point of view of the perpetrators, who attended the training, using photographic media and creating stories from their photographs.

In their environment and through these social, cultural and educational programs, actors offer a real perspective on their quality of life, based on their authentic insights.

The exhibition “News from the East” features children as protagonists. However, the program adapts and can be implemented to a diverse subject of actors: women’s groups, traditional artisans, or certain other actors of the field of work.

The main objectives of the program are to learn new skills, such as photography and storytelling, improve writing skills for children and adults, and increase confidence in either speaking or presenting work to the audience.

The resulting work, in this case photo stories, is a work of art in its own right. They also become factual grounds that can be analyzed for research work in the fields of socio-cultural, educational or health.